Choreos – Lgbtq * Choir of Florence is a choral formation born in 2017 within Ireos, a historical association of Florence based in the historic center of the city and established as an autonomous association in 2020. It is made up of women and men of all sexual orientations and gender identities, without distinction. An inclusive and aggregative reality that also aims, in addition to the classic purposes of a choir, a political mission on LGBTQ issues. 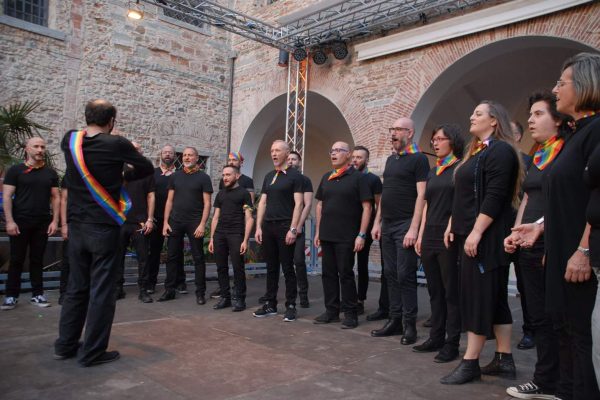 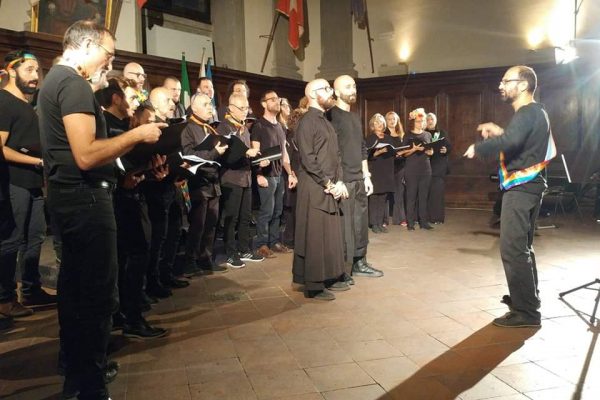 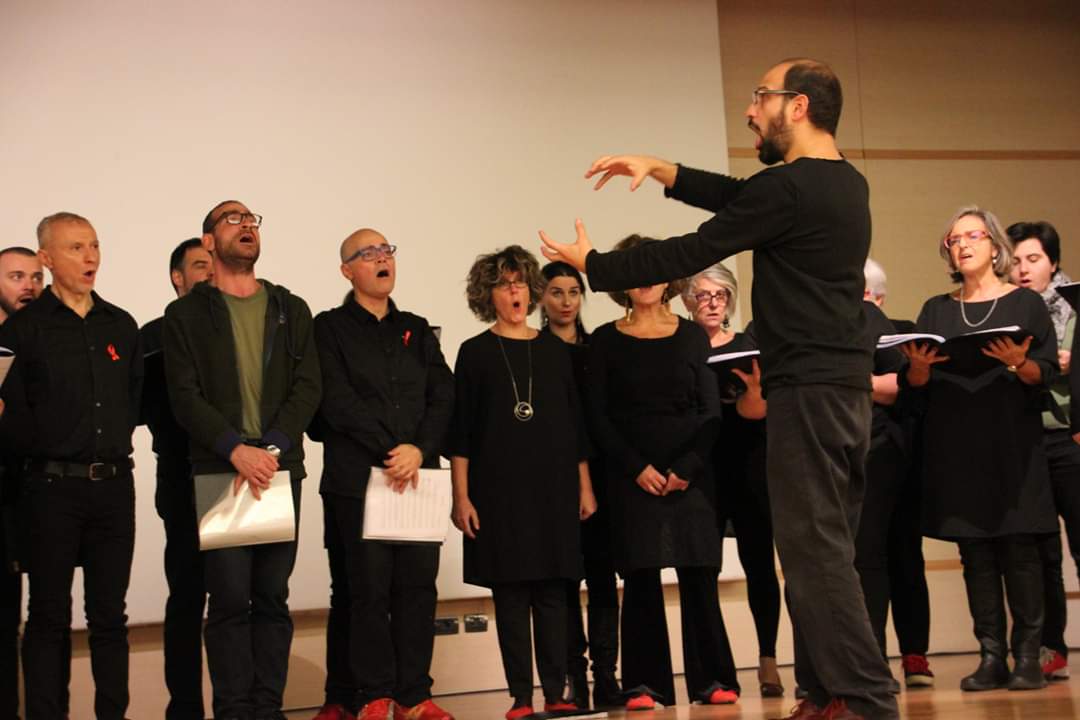 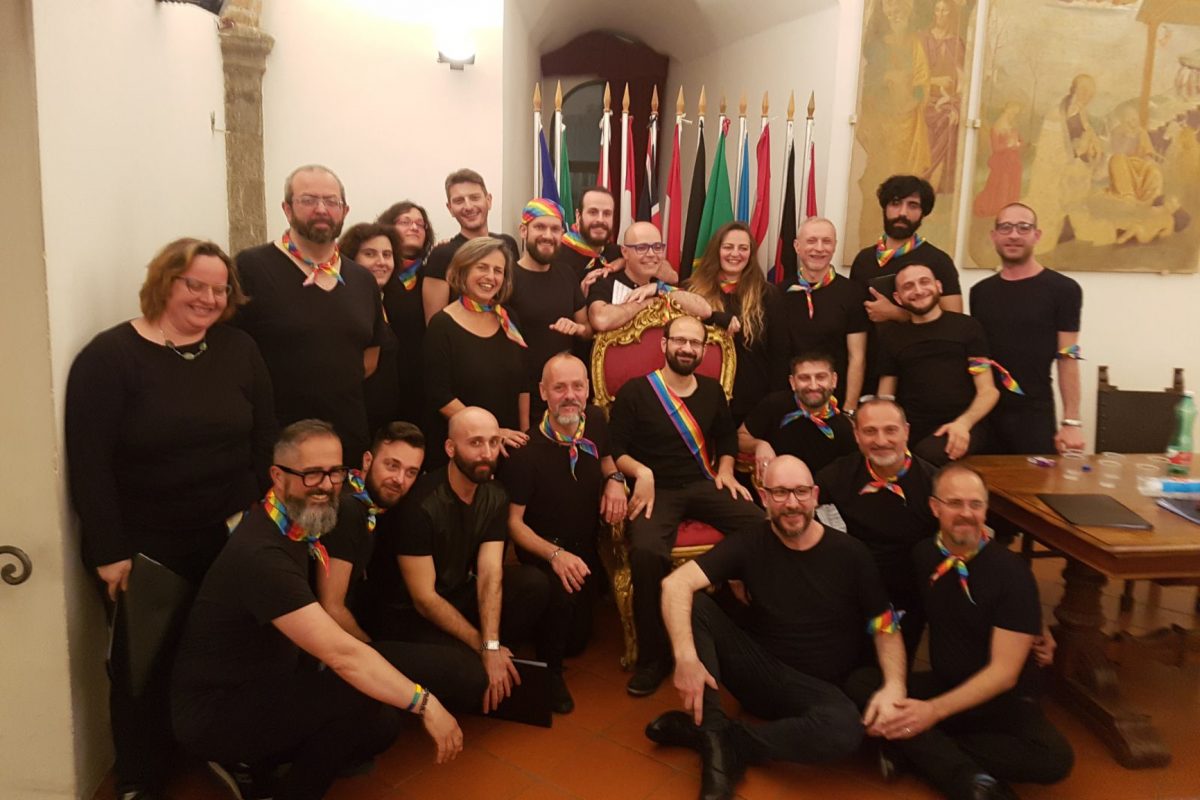 Choreos was born following a seminar on chorality with Maestro Simone Faraoni, as an activity of the Ireos association. Given the success of the seminar, Choreos was officially opened in January 2018. The choir participates in May 2018 in the review “I sing for you – voices for equality” organized by Omphalos Voices of Perugia and in the same month organizes, always in conjunction with the day against homophobia, the event “Liberi di Amare ”At the Caffè Letterario delle Murate in Florence, hosting the Canone Inverso choir of Padua. In November of the same year, as an event on the occasion of the day for the fight against AIDS, Choreos together with Ireos gave life to “The choirs of equality”, inviting Omphalos Voices from Perugia as a guest of honor. The month of December organizes a day of mini-flashmob concerts in the streets of Florence on the occasion of the Christmas holidays. The next appointments will be participation in the Perugia Chromatic Festival in April 2019 and the new edition of “Liberi di Amare” in Florence on May 18th. 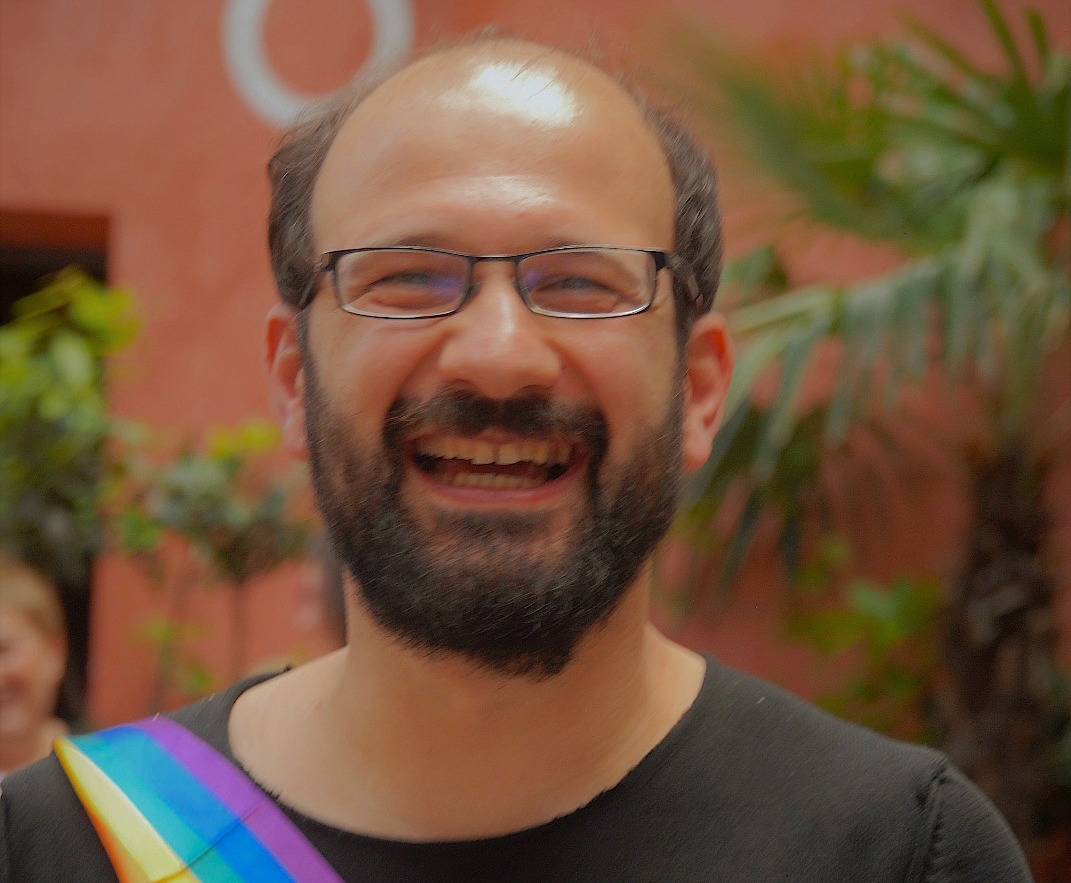 Simone Faraoni graduated with honors in Political Science from the University of Pisa, and graduated in piano with honors from the “Boccherini” institute in Lucca, graduated in choir conducting at the high school of specialization in Arezzo, he also studied music teaching, ethnomusicology, composition. He combines interest in current affairs and socio-political history with musical passion and commitment. His eclecticism has led him to practice different musical genres in ever new and stimulating environments: from the activity of accompanying pianist, to the “light” songwriting, up to the numerous collaborations with actors and theater companies, working as a pianist, accordionist, composer-arranger and choir director. He deals with the study and repetition of Italian folk song of oral tradition, carrying out research and concert activities with the “Vincanto” trio, taking care of choral elaborations, arrangements and transcriptions, organizing and holding meetings, courses and workshops on Italian folk singing. Polyphonic choirs and Tuscan vocal groups, holds choral workshops in the high schools of Empoli and Pontedera and takes care of various courses for children and adults, collaborating with various associations dedicated to the promotion of musical training in close relationship with the territory. Committed to enhancing the social aspect of “making choir”, he plays the role of community musician by taking care of highly inclusive choral projects aimed at adults, asylum seekers and the elderly, giving life to original projects such as the CoRe, a choir formed by the guests of a ten rest homes, which has put on numerous theatrical performances between history and memory. It carries out an intense choral teaching activity in favor of music schools, primary and high schools, collaborating with numerous realities such as ass. Prima Materia, ass. Vinoperarte, Music Activities Center of Empoli, Busoni Center of Empoli, CRED of Pontedera, Feniarco. 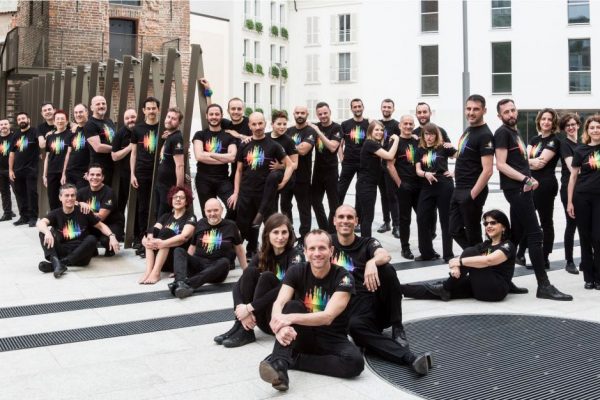 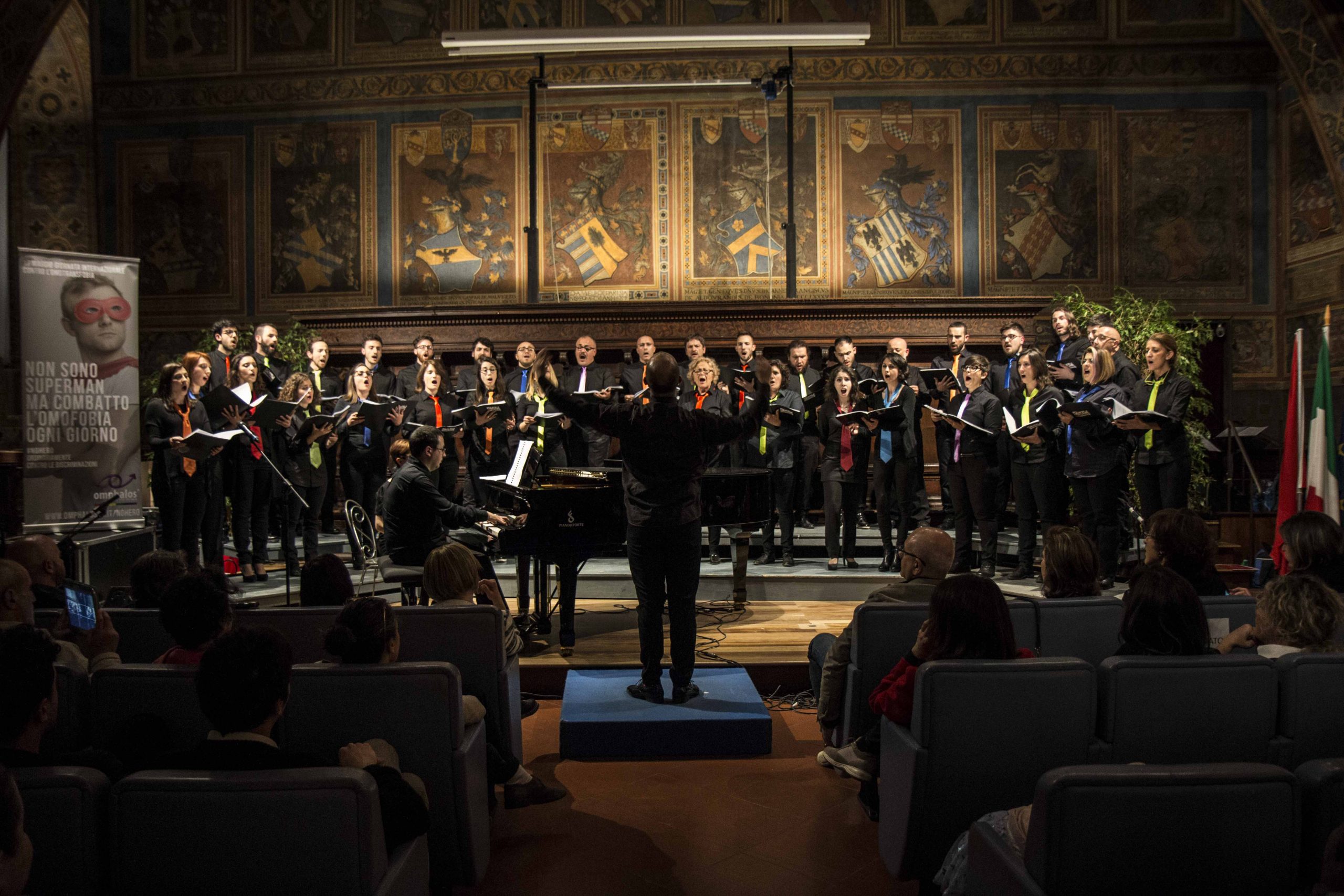 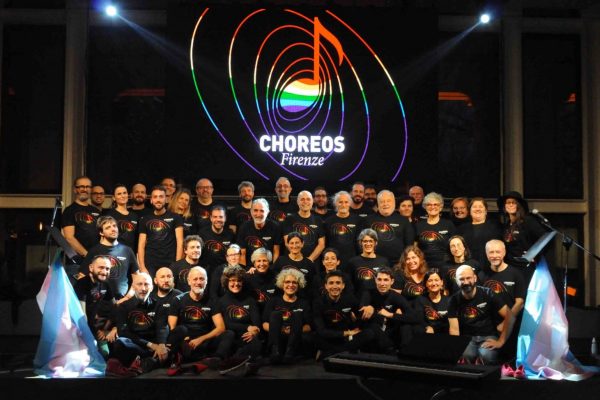 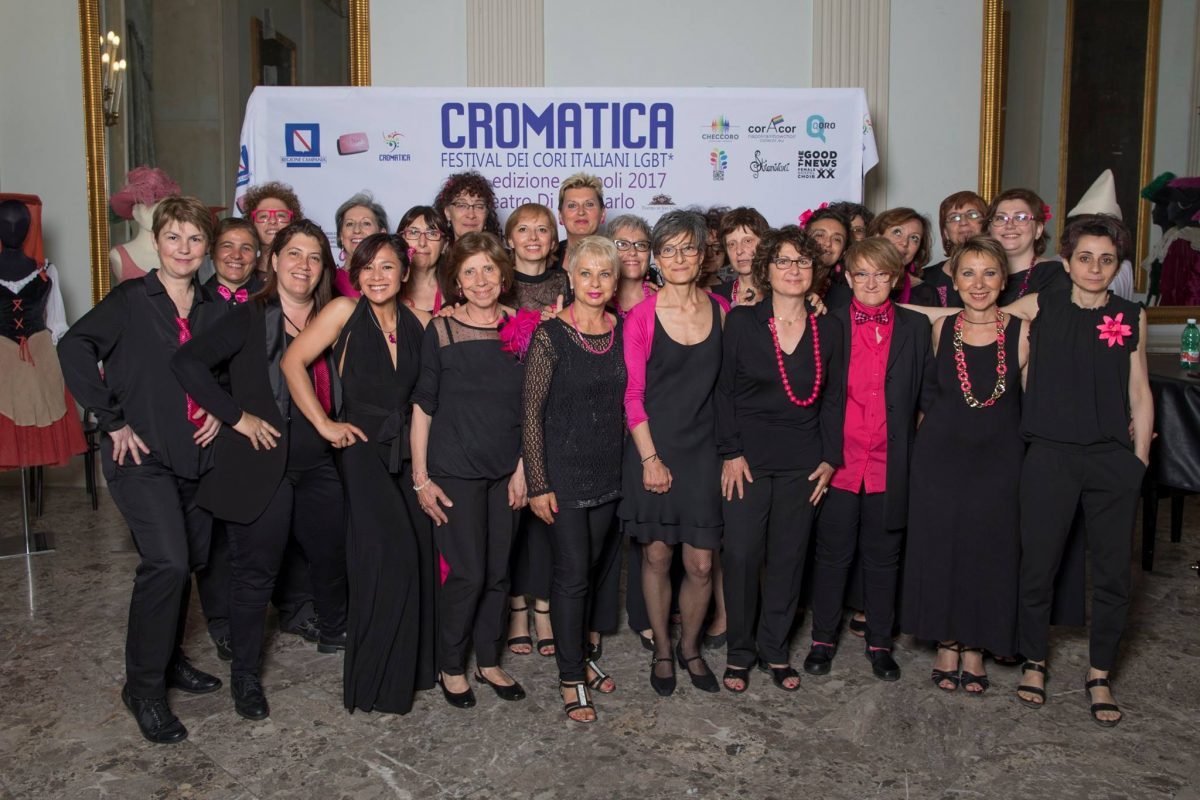 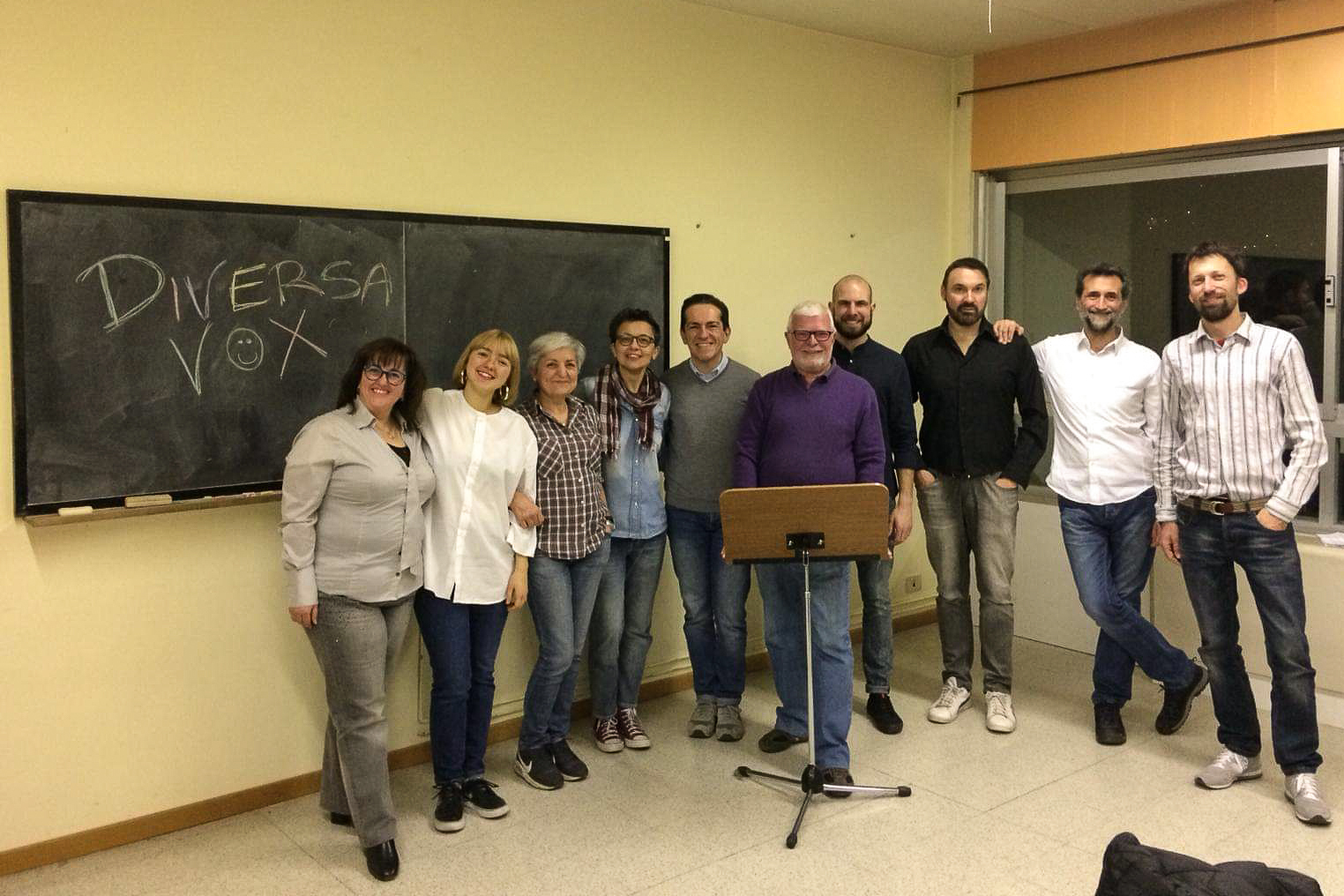